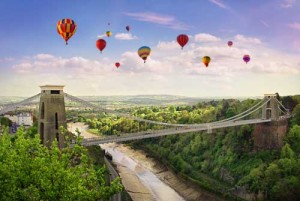 One of the great things about living, marketing and working in Bristol is the constant innovation, regeneration and inspiration the city provides. Amongst the 2014 accolades that Bristol won were the titles of Best City in the UK, Best Place to Live in the UK and it was awarded the honour of being named 2015 European Green Capital. Just four days into the New Year, and Bristol can add a place on the World’s Best Holiday Hotspots list for 2015 to it’s great marketing points.

Awards and recognition such as this aren’t just great for the Bristol, tourism industry, it’s great for all Bristol businesses and especially small independent business that benefit from increased sales as more people visit the city. More and more local Bristol business are targeting tourists in their marketing plans.

In The Guardian’s 2015 Holiday Hotspots list compiles a short description of the 40 best places to Holiday in 2015 and Bristol is on the list. It is the only British city on the list and one of only four British locations. It ranks The Capital of West England alongside Malaga in Spain, Marseilles and Lyon in France, Costa Rica, Porto (Portugal), Namibia, Cuba, Zermatt (Switzerland) and Northern Sri Lanka.

Bristol has always had a proud, left-field edge to it; it’s the kind of place that lets its main road be transformed into a giant waterslide – as artist Luke Jerram did, to the public’s delight, last spring. So, it should be no surprise that Bristol has become the first UK city ever to win the European Green Capital award, in recognition of its “progressive, creative and conscious approach to urban living”. This will manifest itself in a year-long programme of events and activities, including the launch of the world’s first solar-powered hot-air balloon, a 30m walk-in blue whale sculpture – to be made by locals from recycled materials – and a cultural festival that will invite writers, artists, filmmakers, poets and architects to take part. February also sees the return of Bristol’s biennial In Between Time festival, which produces dramatic urban interventions around the city, including a 10-day installation during which Peros’ Bridge in Bristol Harbourside will “disappear” behind a veil of fog – a creative celebration of the city’s new Green Capital status. One of the greenest places to stay in the city is the aptly named The Greenhouse in Southville (doubles from £105 B&B).
For more information visit bristol2015.co.uk and ibt15.co.uk.

Some of these awards came through extensive marketing and PR by the City Mayor, Bristol City Council and awards committees, but much of it comes from the general consensus of Bristolians that life is good and the welcoming attitude towards tourists from the population. Tourism is an important industry to Bristol, benefitting the local economy and providing additional revenue for the city’s attractions. Furthermore being located in Bristol can be a marketing bonus for companies wanting to identify with creativity and innovation. The City has been dubbed the UK’s City of Creativity and is home to a hotbed of creative industries in marketing, communications, film production, art, craft and fashion. 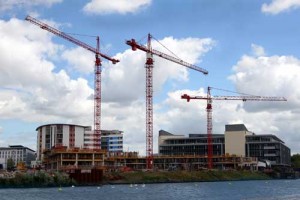 Bristol’s city identity is further developed by the success of the local currency, The Bristol Pound. The local money, backed and guaranteed by Bristol Credit Union is a great way to ensure people’s money remains in the local economy and is believed to have provided £3billion to the local economy since its creation. The directory of businesses accepting the Bristol Pound is a great marketing tool that encourages residents to buy local and support local industries such as farming, organic shops, independent retailers, local craft and famers’ markets and ties in with the ethical campaign to Buy British.

Many Bristol businesses are adapting their marketing plans to ensure that they can be found and visited by tourists to the city. Summer events such as the Bristol Balloon Fiesta attract 250,000 visitors to the city, the Harbour Festival and Bristol Pride – The UK’s largest free Pride festival – attract at least 30,000 visitors per day. The 150th anniversary of Clifton Suspension Bridge saw over 150,000 visitors to the City in December as well. With numbers like these, capturing some of the visitors as customers is a great way to increase sales and brand awareness in summer with an added Christmas rush boost last year on top. Marketing agencies such as Bristol Marketing can work to see whether a business can benefit financially from the increasing tourist numbers and find cost effective ways to turn tourism into an additional revenue stream. 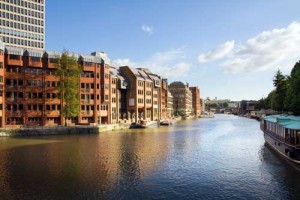 Bristol is already one of the only Cities in the UK outside of London to add to the national GDP and with the economic climate improving and at last being felt on the ground at High Street level and seen by the constant opening of new stores across the City, 2015 is looking brighter than ever for Bristol Businesses. Bristol Marketing is engaged in this, working with local companies at every stage from preparation to launch through to rebrands, website upgrades and content creation. Creativity is no doubt improved when there is so much optimism, hard work, creativity and achievement going on in Bristol.