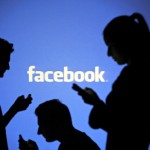 Facebook are set to take a giant leap into virtual reality with the launch of Facebook Newsfeed spherical video. This opens up a new level of interaction for social media users and could see a new marketing service stream as well as increased work for video and digital content production services which are already booming in Bristol.

CEO Mark Zuckerberg made the announcement at Facebook’s annual F8 conference in San Francisco, California. 360 Degree video won’t be hard to create for most users though, it requires simultaneous recording on 24 cameras at once.

The experience will allow tourism marketing and experience providers to showcase places and products using the most popular social media platform like never before and puts virtual reality viewing firmly in the future planning arena for local marketing agencies and video production companies.

It would allow estate agencies and local property developers to provide virtual tours around new developments, cruise and ferry operators to provide a more experiential advertisement of their services online and allow immediate sharing through social media contacts.

Facebook showed off two ‘landscapes’ yesterday – a dinosaur-infested Jurassic world and a sci-fi landscape, which users described as ‘seamless’ and almost real.

Users will be able to view videos filmed with multiple cameras, and move the viewpoint in order to explore a location.

The innovation is being showcased at the firm’s F8 developers’ conference in San Francisco under the name Teleportation Station – a name that was leaked via an app notification this morning.

The technology works through the Oculus Rift headset, a tool owned by Facebook and not yet available but the starting price will be £400 for a developer version. This means that it would require a major uptake of new technology virtual reality headsets by social media users before full emersion video becomes a regular technology that can serve small business, but for a city such as Bristol where video production is already a fast growing area, it means continued growth as Facebook users pick up the technology. 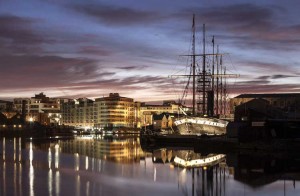 Warning: count(): Parameter must be an array or an object that implements Countable in /homepages/37/d98402762/htdocs/clickandbuilds/BristolMarketing8338/wp-includes/class-wp-comment-query.php on line 405